The First Cyborg Kevin Warwick: I was able to give a robot a biological brain

What does it mean to be the world’s first cybernetic man? How is this powered and how does it function? 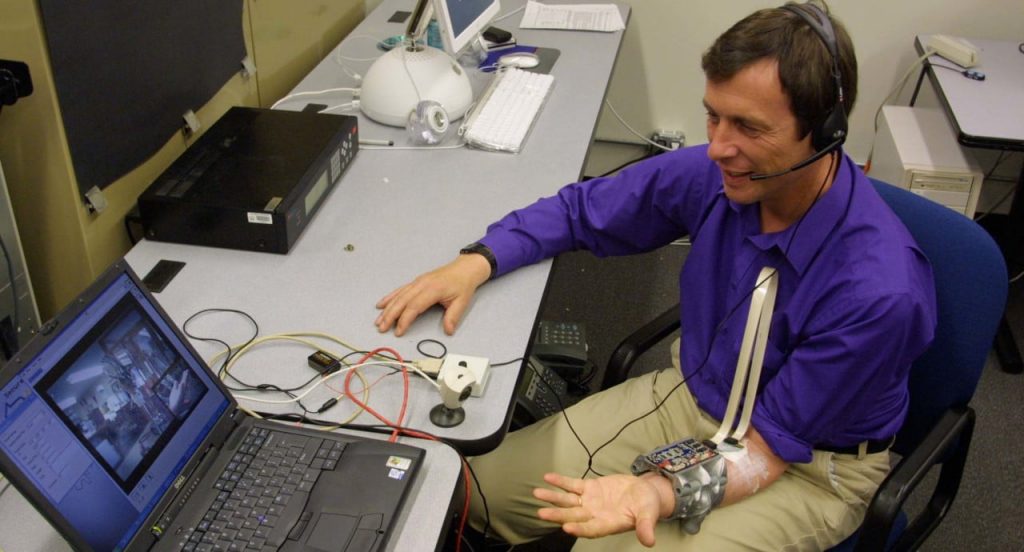 The experiments that I carried out were extremely exciting from a scientific perspective. To be the first person ever to experience a new form of communication and to be able to control a robot hand, using my own brain signals, on another continent were very special. The BrainGate implant needed its own power supply in order to transmit signals from my nervous system to a computer and to employ signals from the computer to stimulate my nervous system. With that in place I was able to conduct a whole series of experiments.

What’s the difference between Project Cyborg 1.0 and 2.0? What are the pros and the cons?

Project Cyborg 1.0 involved a Radio Frequency Identification Device being implanted in my left arm. With this in place the computer in my building could track my position at different points. As I walked down the corridor the lights came on. As I walked towards my laboratory the door opened automatically. When I came through the front door I heard “Hello Professor Warwick”. 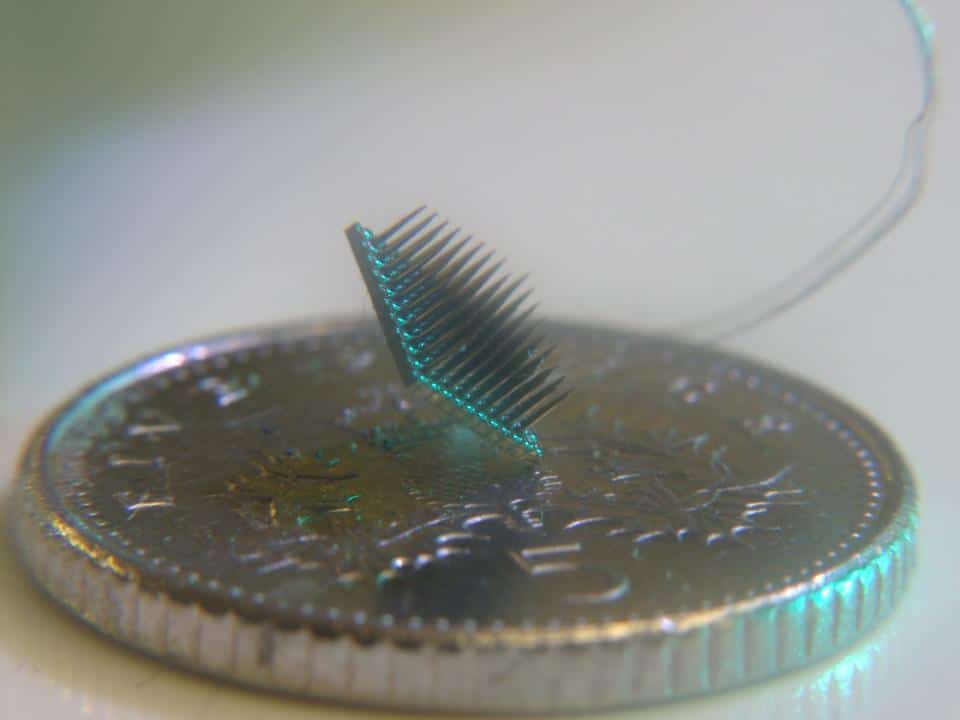 Project Cyborg 2.0 involved a BrainGate implant being fired into the nervous system in my left arm. The operation to put it in place was conducted by neurosurgeons and took 2 hours to complete. The implant consisted of 100 electrodes on spikes 1.5mm long. This linked my nervous system electrically to a computer and then onto the internet. I experienced ultrasonic input, giving me a sense of distance to an object. As an object came closer so my brain received pulses of electric current that increased in frequency. My nervous system was plugged into the internet in New York and I was able to control a robot hand in England with my brain signals. The hand had sensors on the fingertips and the output from these was fed back to stimulate my brain in New York. My nervous system was extended over the internet. I could feel how much force my robot hand was applying on another continent. My wife also had electrodes implanted in her nervous system and we linked our nervous systems together electrically. Every time she closed her hand my brain received a pulse. We communicated telegraphically. In the future this experiment will be conducted brain to brain and will be a method of thought communication. 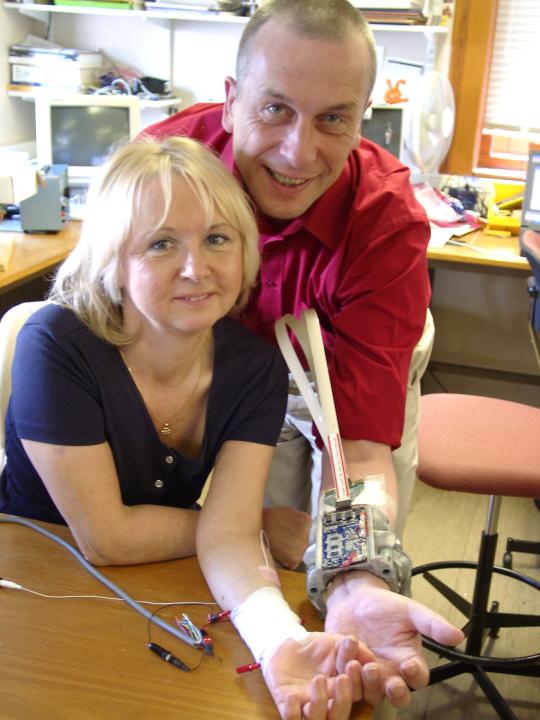 This chip implantation happened back in August ‘98, but it didn’t quite become the “wave of the future”. Why is that and how does how this responds to the current concerns about privacy?

The implant of 98 was purely to identify me to the computer in my building. I was the first human to experiment with it. The same technology is now used to pay for travel in Sweden for example and a number of other applications. But I agree that it has not yet become a major new wave. I feel that ethically society is still a little wary of it. But also a vital new application has not yet been enabled. One potential example of this would be if a country allowed such implants as extra passport information, such that you can get to the front of passport queues when travelling. With such an application, where the benefits could be useful, would dramatically increase the number of recipients. Yes people have privacy concerns but I believe that these tend to disappear when an application is particularly useful.

The Institute of Physics selected you as “one of only 7 eminent scientists to illustrate the ethical impact their scientific work can have”. How would you define your scientific work: What’s its main purpose and how it helps the technological advances of humanity? 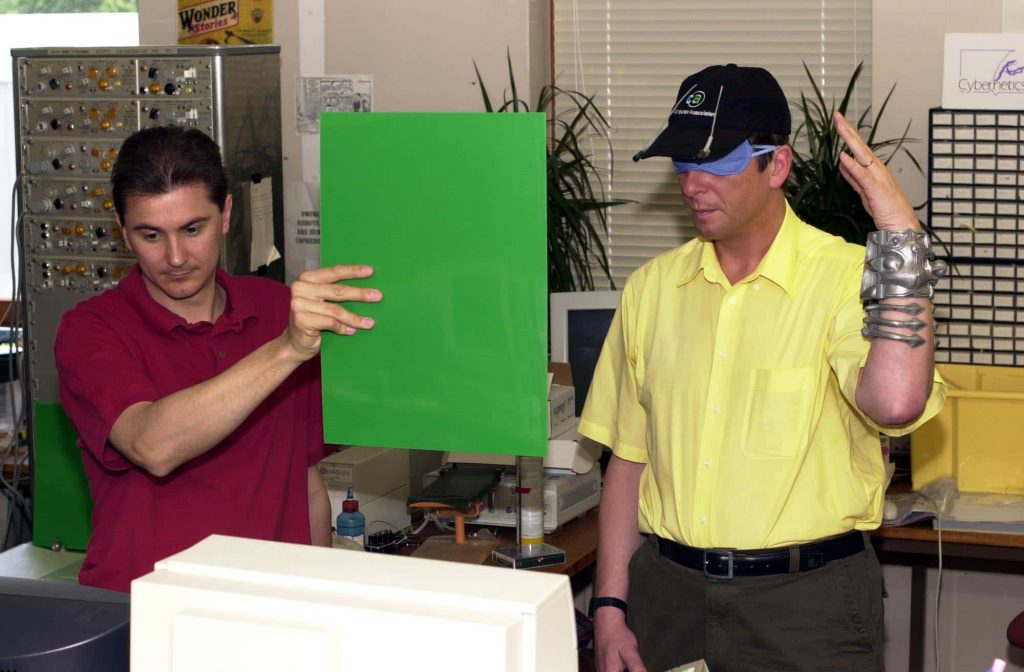 Partly it is to do with improving therapeutic methods for the treatment of neurological problems. However it is also to do with enhancing humans beyond normal human abilities – new senses, better communication, better memory, etc etc. I have also put biological neurons into a robot body, thereby giving a robot a biological brain – could use human brain cells but typically the brain cells come from rats. All of these things raise ethical issues, particularly the human enhancement. As we are dealing here with ‘intelligence’, making humans super-intelligent may not be acceptable to everyone.

What are the latest impressive innovations in nanotechnology?

I particularly like some of the recent developments in nanorobots. These could revolutionise medicine when such robots travel around the body, applying chemicals and possibly carrying out minor operations. I think it is time to test some of these out in humans now to see what is possible. I think they could also be used to apply electrical pulses – this could be useful when it is remembered that the nervous system and brain operate electrochemically. It is quite possible therefore that such robots could be used to apply electrical pulses to remove pain. No need to take aspirin any more!

Some of your research involves intelligent computer methods in favor of biomedical engineering. Could you tell us about the work on this project, what were the main tech difficulties? 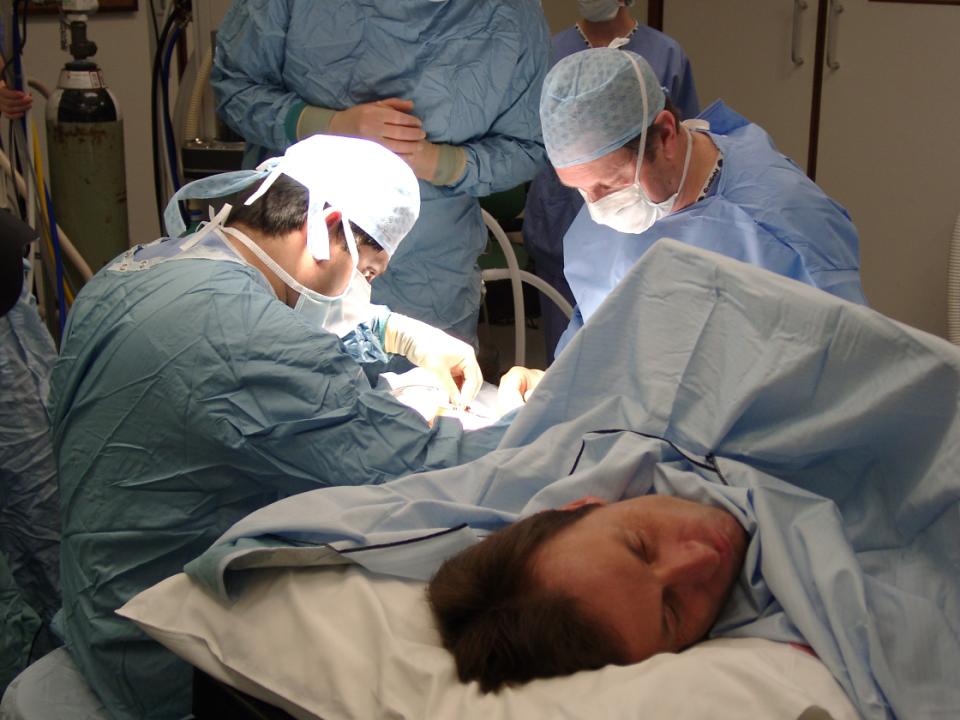 I work with Neurosurgeons at the John Radcliffe hospital in Oxford in an attempt to improve the situation for those suffering from Parkinson’s Disease. Deep brain stimulation involves applying electrical pulses to the centre of a recipient’s brain in order to counteract the tremor and muscle locking symptoms of the disease. We measure the electrical activity in the individual’s brain and feed this into an artificial intelligent system which learns to recognise (and model) that particular part of the human brain. The system can predict accurately the onset of the symptoms such that the stimulation is only used when it is needed – stimulation on demand. But also, because of the classification properties of AI, it is also good at indicating what type of Parkinson’s Disease the patient has. This is very useful in helping the surgeon understand the patient’s particular case and necessary treatment.

How far can AI go and what will happen with the controversial culturing of human neurons? 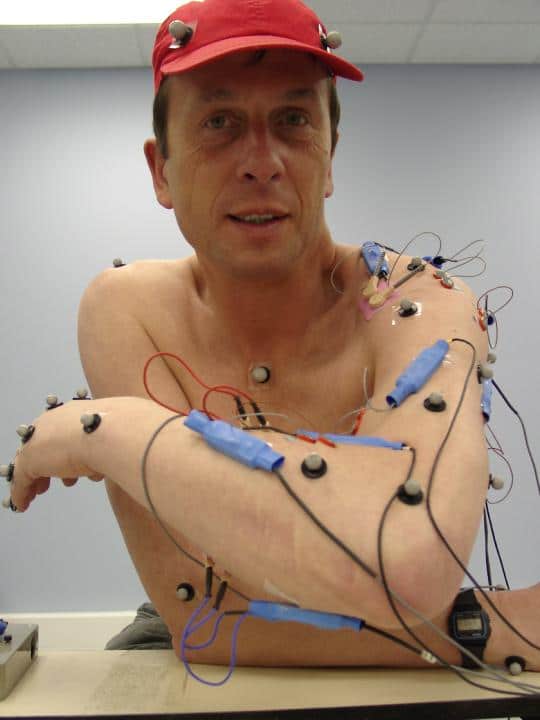 We already defer to AI in many practical applications and trust what it can do for us. Of course this can be very helpful in medical applications and even in decision making. However it could also be very dangerous in military and/or financial trading. In such cases decisions could well be taken that are against some humans and there might be nothing we can do about it. Importantly the AI needs to be part of a network. As humans we are not good at understanding what intelligence in a machine network actually means. It must be remembered that we will not be able to simply switch it off. Human neurons can indeed be grown and developed within a robot body. This is ongoing research which helps in medicine by experimenting with, what is effectively, a mini-brain – so the effects of different chemicals or adding brain cells can be witnessed. But what if the robot is, in the future, given the same number of human brain cells as a human. How do we treat such a robot?

How do you picture the technological world and its robots of the future?

The merging of humans with technology is an exciting prospect. It is already giving rise to many new therapeutic treatments. In the future there will be many more. Electronic forms of medicine will become much more prevalent. But even more interesting is the possibility of human enhancement and the possibilities of a much more powerful means of communication in terms of emotions, feelings, colours and thoughts. Our present means of communication – speech – may well become obsolete. Also, we will be able to experience a much broader range of sensory input instead of missing out on most of what is going on around us, which is the present situation. With this technology your brain and body do not have to be in the same place. In fact your body does not have to be arms, legs and so on but rather could be buildings or vehicles. And isn’t it better to link your brain with AI and have it acting for you rather than against you? It’s a whole new world ahead of us.

Previous Post David Polgar: We are victims of mental obesity and botified communication
Next Post Johnny Gorman: It’s All About the Technology and the Team