In the coming weeks, Meta will shut down the Face Recognition system on Facebook as part of a company-wide move to limit the use of facial recognition in its products.

Hence, people who have opted in to its Face Recognition setting will no longer be automatically recognized in photos and video, because the facial recognition will be deleted.

More than a third of Facebook’s daily active users have opted in to our Face Recognition setting and are able to be recognized, and its removal will result in the deletion of more than a billion people’s individual facial templates.

For a long time, Facebook has also given people the option to be automatically notified when they appear in photos or videos posted by others, and provided recommendations for who to tag in photos. These features are also powered by the Face Recognition system which will be shutted down.

However, nobody want to doubt the power of facial recognition technology. For instance, it is very useful for people needing to verify their identity, or to prevent fraud and impersonation. Meta promises that they will still be working on improving these tools in the future.

We all know that there are many concerns about the place of facial recognition technology in society, and regulators are still in the process of providing a clear set of rules governing its use. From their point of view, Meta’s team believe that limiting the use of facial recognition to a narrow set of use cases is appropriate. This includes services that help people gain access to a locked account, verify their identity in financial products or unlock a personal device.

But like most challenges involving complex social issues, Meta’s team is aware that their approach  involves some difficult tradeoffs. For instance, the ability to tell a blind or visually impaired user that the person in a photo on their News Feed is their high school friend, or former colleague, is a valuable feature that makes the platforms more accessible. But it also depends on an underlying technology that attempts to evaluate the faces in a photo to match them with those kept in a database of people who opted-in. The following changes involve a company-wide move away from this kind of broad identification, and toward narrower forms of personal authentication. 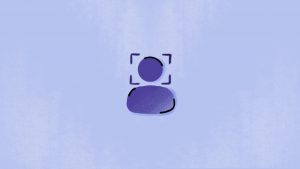 Facial recognition can be particularly valuable when the technology operates privately on a person’s own devices. This method of on-device facial recognition, requiring no communication of face data with an external server, is most commonly deployed today in the systems used to unlock smartphones.

For potential future applications of technologies Meta will continue to be public about intended use, how people can have control over these systems and their personal data, and how they are living up to their responsible innovation framework. Ending the use of the existing Face Recognition system means the serviceswill be removed over the coming weeks, as will the setting allowing people to opt into the system.

This will lead to a number of changes:

However, despite everything, Meta promises they will continue engaging in that conversation and working with the civil society groups and regulators who are leading this discussion.