Java remains among the most successful development platforms ever, based on continuous innovation to address the evolving needs of modern application developers. New release delivers 17 enhancements, including new Java language improvements, tools, memory management, and incubating and preview features. Additionally, Pattern Matching and Records are finalized in JDK 16 after a year of community feedback based on real-world applications. Oracle also adds GraalVM Enterprise to Java SE Subscription, at no additional cost. 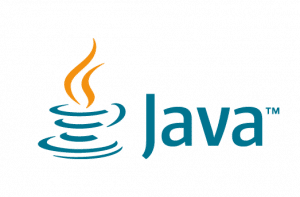 Oracle announced the availability of Java 16 (Oracle JDK 16), including 17 new enhancements to the platform that will further improve developer productivity. The latest Java Development Kit (JDK) finalized Pattern Matching for instanceof (JEP 394) and Records (JEP 395), language enhancements that were first previewed in Java 14.

Oracle delivers Java updates every six months to provide developers with a predictable release schedule. This offers a steady stream of innovations while also delivering continued performance, stability and security improvements, increasing Java’s pervasiveness across organizations and industries of all sizes.

“The power of the six-month release cadence was on full display with the latest release,” Georges Saab, vice president of development, Java Platform Group, Oracle. “Pattern Matching and Records were introduced a year ago as part of JDK 14 and have since gone through multiple rounds of community feedback based on real-world applications. This process has not only given Java developers the opportunity to experiment with these features before they were finalized, but also incorporated that critical feedback which has resulted in two rock-solid JEPs that truly meet the needs of the community.”

The Java 16 release is the result of industry-wide development involving open review, weekly builds and extensive collaboration between Oracle engineers and members of the worldwide Java developer community via the OpenJDK Community and the Java Community Process.

The new features delivered in Java 16 are:

Java remains among the most successful development platforms ever, based on continuous innovation to address the evolving needs of modern application developers. To make the Oracle Java SE Subscription even more valuable to customers, Oracle added GraalVM Enterprise as an entitlement. GraalVM can help improve performance and reduce resource consumption by applications, especially in microservices and cloud-native architectures. Organizations that manage their Java estates by leveraging the Oracle Java SE subscription not only benefit from having the latest enhancements and direct access to Java experts at Oracle, but experience substantial savings over other approaches.

“Instead of getting interested every three or four years about what was new in Java, this cadence keeps me active as a passionate developer, teacher and trainer,” said José Paumard assistant professor, University Sorbonne Paris Nord and co-organizer, Paris Java User Group. “I have eagerly awaited using Records to improve the performance and readability of my data processing code, and after being able to use it as a preview feature, it is now going live with this latest release.”

Developers can learn more about Java 16 and get hands-on experience at Oracle Developer Live: Java Innovations on March 23, 25 and 30.