iOS 14.5 arrives this week. Here are 2 reasons you should wait to update your iPhone or iPad

Apple claimed to release its new beta version this week after its product launch event. This article will give you some insight information about the official release, and the exciting new features it will include. There are also some reasons why it’s a better idea for you to wait before you update your iOS device.

Apple is finally launching iOS 14.5 and iPadOS 14.5 on 26 April. It will include several additional features — such as new Siri voices and a fancy new Face ID feature that makes it possible to use your iPhone while wearing a face mask. However, being an early adopter of iOS 14.5 or any new software doesn’t always pay off. No matter how excited you are to get a glimpse of the new update, it can bring a lot of issues to you, if you update it immediately, due to the following reasons:

Every once in a while, there’s a disastrous bug.

It hasn’t happened often, but there have been a few iOS updates that have all but ruined iPhones and iPads for those who installed them the second the update was available. For example, an update in 2016 bricked Apple’s iPad Pro for some owners. You should wait a few days or even a week after the update is available before installing it. That way there will have been time for any first or second-day issues to crop up, prompting Apple to either remove the update and replace it with a fixed version or issue a second update with bug fixes.

Not every developer will be ready on launch day

Apple makes changes to the iPhone or iPad’s underlying code that developers have to adapt to, and if the developer takes some extra time to make sure all its changes work, most of the time there aren’t any problems. There are times when OS updates break an app entirely and unless the developer has its iOS 14.5 optimized app ready to go, you could be stuck waiting. By giving developers a few days to push out their respective updates, you’re reducing the chances that you’ll run into any problems.

iOS 14 was first launched in September, ahead of the release of the iPhone 12. While new versions of Apple’s mobile operating system typically arrive once a month with new features and bug fixes, the latest version — iOS 14.4 — was released on Jan. 26. But iOS 14.5 is a larger update, so it has taken longer to arrive. 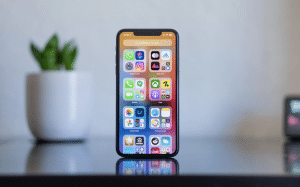 Today, 26 of April, is the day iOS 14.5 has to be launched. Apple is still working on the bugs, but you can already download it or you can do the following:

Your device will connect to Apple’s servers and prompt you to download and install the update. Follow the prompts to complete the installation. When your device reboots, it will be running iOS 14.5.

Here are some of the new features of iOS 14.5

-> Apple Watch owners will be able to opt into a feature that lets you use Face ID to unlock your iPhone when your Watch is on and unlocked, even if your face is obscured by a mask.

-> an updated voice of Siri

-> Stream Fitness Plus workouts with AirPlay