Julian Colina and Kan Yilmaz are the founders of Haystack Analytics, which just announced a $1.2 million fundraising round to support its growth. Haystack brings the discipline of performance monitoring and data analytics to the software development process.

The idea is that its dashboards and alerts provide a constant readout of how engineering projects are developing, enabling managers to identify potential sources of delay, eliminate bottlenecks and drive productivity. The result, Haystack argues, is good for the business and good for developers too in an industry where burn-out and employee well being have become increasingly pressing issues in recent times. Colina commented:

“Kan and I launched Haystack to solve exactly the kind of problems we had seen during our own careers leading development projects. Something like $400bn a year is now being spent on engineering salaries around the world but there is almost no data on what people are doing each day; there is a complete lack of visibility on how teams are performing and where they may need more help.” 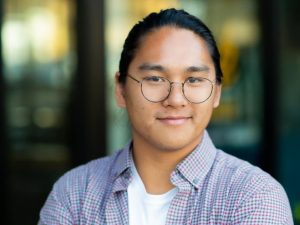 Haystack seeks to remedy that problem through a platform that integrates with GitHub, through which so many developers collaborate and manage projects. That enables it to prove live data insights as a project moves forward. Managers get alerts when problems in a particular area are building up, enabling them to intervene before the issue causes knock-on effects and delays elsewhere.

The results are dramatic. Users have, on average, increased their production deployments by 58% and achieved 70% faster cycle times. That has persuaded more businesses to join up. Just 12 months after its launch, Haystack is now being used by more than 7,000 developers, with technology teams at businesses including Microsoft, GoDaddy, The Economist and Indiegogo all making use of its platform. Colina also adds:

“Companies with strong technology teams are outperforming those which don’t have such strength. Technology teams that follow best practice are less likely to see developers being burned out while enabling faster experimentation, and shipping business value more reliably.”

The first of those points is particularly crucial in an environment where employee wellbeing issues and mental health have moved the front of mind for responsible businesses. He also noted:

“The burn-out issue in the technology sector has been completely unaddressed. Engineers are expected to work on release after release and come under huge pressure.”

Haystack’s argument is that by bringing structure and efficiency to the development process, that pressure can be mitigated and managed. And the bottom-line gains for businesses are enormous: research suggests that elite performing engineering organizations are twice as likely to achieve their organizational goals and that they achieve a 50% higher growth rate over three years.

The company’s backers recognize the potential of a business that is growing fast in its own right, with Haystack having seen its revenues increase at an average of 36% a month over its first year in business. As well as existing backer Y Combinator, Haystack’s new funding includes commitments from investors including Founders Club, Soma Capital, Entrepreneur First and investors Dan Siroker and Blaine Vess.

The extra capital will help Haystack build more comprehensive datasets, improving the quality of the insight it supplies to users through its algorithms and analytics. “We pride ourselves on supporting development speed,” Colina says. “The more data we have, the more powerful the opportunity will be for our users to capitalize on our insight.”