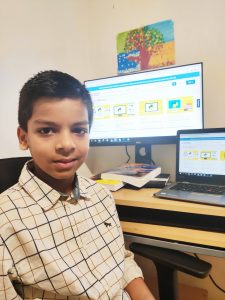 Today we are introducing you Kautilya Katariya 6 y.o, Northampton, UK. This boy has recently qualified for a programming Guinness World Record as the youngest Python programmer. Can you recon who helped him to achieve this great success… The IBM Developer Skills Network!

Kautilya began reading IBM’s materials that helped him understand computer programming and Python language concepts which led him to win his first world record. COVID-19 restrictions and the need to stay at home were the reasons why Kautilya was able to spend almost all of his time learning new skills. In November 2020 the boy received not only one, but five certifications in Python and Al from IBM.

He completed IBM’s Foundations of AI professional certification on edX and the Python for Data Science course from IBM Cognitive Class.