Today we will briefly review Android’s newest updates, products and innovations. Find out more about Google TV, the devices that run by Android 11, the newest camera feature of Galaxy Tab 7 and the next Android set-top box.

The latest Roku products and Google’s Chromecast with Google TV have gained HDR10+ certification, with Paramount+ also featuring support for the technology. HDR10+ has previously featured in TVs from Samsung, Panasonic, and Amazon’s Fire TV Cube.

Google becomes part of the growing number of companies that adopt HDR10+ and work with the HDR+ Technologies LLC. A number of services deliver HDR10+ content to certified HDMI devices, including Prime Video, Google Play, YouTube, and the aforementioned Paramount+. The adoption of the format, which is developed by Samsung, has been slower than Dolby Vision, but the latest announcement brings the format closer to parity.

By rolling out HDR10+ to the latest Roku devices and Chromecast with Google TV, the format is that much more accessible for consumers.

Android 11 arrives on more phones from Samsung and Nokia 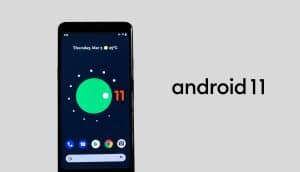 Android 11 was released more than 8 months ago, although the update is still trickling down to some phones — especially budget models. Thankfully, Android 11 has started to arrive on four more popular devices over the past few days: the Samsung Galaxy A41, Galaxy Tab A7, Galaxy M01, and Nokia 2.4.

Android 11 is also slowly rolling out to the Samsung Galaxy A41, Galaxy Tab A7, and Galaxy M01. The updates include everything in stock Android 11, plus the changes and extra features in Samsung’s One UI 3.1 software.

The four devices are the latest in a long line of phones and tablets to receive Android 11. This month alone, the Motorola One 5G UW, OPPO Reno 2, Galaxy M40, Motorola Razer 5G, ASUS ZenFone 7, Galaxy Tab Active 3, Nokia 2.2, Galaxy A31, Moto G Stylus 2020, and many others got the upgrade. 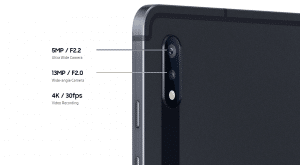 Samsung has begun rolling out the April 2021 security patch for the Galaxy Tab S7 lineup, along with new camera features and enhancements related to productivity. The new update is currently arriving on devices in Asia, Europe, and the UK.

The update to the Galaxy Tab S7 lineup brings improved usability for external input devices, including keyboards and mice.

Samsung providing the Galaxy Tab S7 with some great new features. Many of these new additions make the tablet a better productivity device, so there’s certainly an incentive to download the update once it becomes available in your region.

You can Google’s Android TV OS preinstalled on several types of devices, from projectors to set-top boxes to TVs. In the future, you may be able to pick up a set-top box that runs Android TV and doubles as a Google Assistant smart speaker.

Nearly every Android TV device has Google Assistant built-in, but they generally require activating Assistant through a dedicated button on the remote. The JBL Link Bar is a soundbar that has far-field microphones for voice-activated Google Assistant support, and it also has an HDMI port to connect to your TV so it can act as an Android TV set-top box. 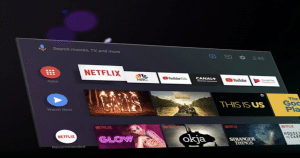 SEI Robotics is a Shenzhen-based company that creates white label Android TV products for operators and other companies. For example, they manufactured the ADT-2 for Google as a development platform for Android TV. Their latest product is for a Vietnamese telecom provider called FPT Telecom. It’s called the FPT Play Box and it’s marketed as “the world’s first hands-free Android TV box.

Previous Post Microsoft, Intel Team Up to Clamp Down on Crypto-miners
Next Post What’s new on Google Play