Microsoft is removing all social hubs from AltspaceVR. The company will also require its users to use a Microsoft account to log into the virtual reality app. The modifications are intended to improve the safety in AltspaceVR, by switching to Microsoft’s safety bubble function.

As VR platforms develop, it’s extremely important to assess their security and see if they’re meeting the demands of their customers. This includes helping people in connecting with others who share common interests while also ensuring that the platforms they use are free of harassment and inappropriate behavior, as noted at Gizbot.

The main reason why social hubs in AltspaceVR were created is to “help cultivate new friendships” and to introduce the platform to its users. Users were free to interact with other AltspaceVR users and  to invite each other into private spaces or gatherings.

However, Microsoft decided to shut these hubs down because of the lack of regulation which might result in harassment or unwanted attention.

AltspaceVR is about to be connected with Microsoft Family Safety in the coming months as a result of the Microsoft account requirement. This will allow parents to approve or limit access of their kids to AltspaceVR if acquired.

While social centers will be deleted from AltspaceVR, the app will require a Microsoft account to employ. Microsoft started to test account connections with AltspaceVR before one year, and it turned out that it might become a requirement very soon. Apparently, Microsoft is attempting to anticipate moderating concerns that are part of the metaverse drive. 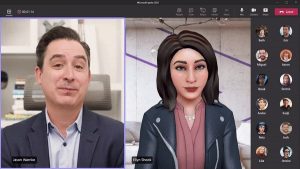 AltspaceVR was bought by Microsoft in 2017. The social hub hasn’t made any modifications to the service until now.

In fact a lot of specialist suggest that AltspaceVR is part of  Microsoft’s larger metaverse project, rather than a critical component of the metaverse’s future.

On the other hand, Mark Zuckerberg is still considering that Metaverse is the future of Facebook. The company plans to invest at least $10 billion in the metaverse by 2022.

One is true- the next generation of internet will be much more about open environment where users will be able to create their own metaverse worlds.