Last week thousands of companies got together, both personally and virtually, for CES 2022 and showcased their various newest products. Today we will present several unique products that you might have missed.

A Razer’s next model in its line of Enki gaming chairs, loaded with additional RGB lighting and a haptic motor. The motor will vibrate along to more than 2,200 PC games, movies, and songs, similar to the rumble motors in game console controllers. Price and availability is yet to be determined.

This is a limited-edition Fossil Gen 6 smartwatch which is made with gaming brand Razer. The watch offers sleep and activity tracking and comes with two different watch bands.

This smartwatch happens to be one of the first with Google’s revamped WearOS 3, which features app updates, performance improvements, and a new health platform, among others. The Razer x Fossil Gen 6 Smartwatch launches this month for $330, and will be available in a limited quantity.

This is a fully electric snow bike and it’s far lighter than a traditional snowmobile. It runs for three hours on a single charge, and can travel at speeds of up to 26 miles per hour.

It’s a 100% electric snow bike and it weighs roughly three times less than a snowmobile. It’s entirely electric and runs whisper quiet. The Moonbike is available for order at a price starting from $8,500.

Invoxia’s Smart Dog Collar is a wearable for medium and large dogs that tracks them with GPS and measures their respiratory and heart rates with the help of a radar and a special algorithm. Invoxia says the collar is great for monitoring dogs on medication or recovering from surgery. Invoxia will hit the market in Summer 2022 for $99with a subscription cost of $13 per month. 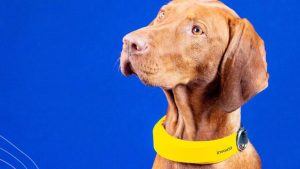 Sony presents a new version of its virtual reality headset made exclusively for its PlayStation 5 console. The first PlayStation VR (PS VR) on PS4 was already an engrossing experience with some excellent games. However, there is still no information on how the thing will look like, how much it will cost, and when it will be released.

The new Samsung Eco Remote will be included with the company’s 2022 TVs.

This compact USB-C charger delivers up to 100 watts of power, allowing it to charge everything from phones to laptops. It’s possibly the smallest 100-watt charger so far. Using a battery technology called gallium nitride. The Anker Nano II 100W outlet charger is slated for a March release at $80.

A digital, tablet-like device that operates as a game board for both traditional board games and tabletop roleplaying games that’s been in development since 2019 but has debuted for public purchase at CES 2022. It also interacts with miniatures and game pieces as they move across the Gameboard. Gameboard is available for reservation now at $800 and is set to launch later this year.

Micro LED displays are advanced screens that deliver big improvements over any TV you’ll find in stores right now. They’re modular in design, so users can add, remove, or shift pieces of the display for different sizes and shapes.

What is more, this Micro LED has the potential to combine everything we love about other display technologies while minimizing all their weaknesses. Pricing hasn’t been confirmed yet. 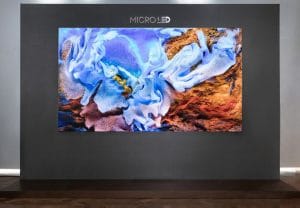