The world is booming with new technologies at the moment – from our mobile devices and smart homes to everything we need within our reach. And this fast-paced innovation never seems to stop. Now, more than ever, our world changes by the minute. What is to come?

Asking all about the trends and the future of technology, we reached out to one of the mobile operator enablers, located in Bulgaria – Effortel. Their insight on the business sheds more light on how they see the innovation in technologies and what trends might surprise us in the future.

Effortel is not afraid to innovate and dream big when it comes to inventions in that realm. The company can narrow down the huge list to 5 ones that impact telecommunications and Effortel in particular.

There has not been a greater buzz in telecoms up till now than the one about 5G. It even took some ridiculous forms like being feared by the people, citizens thrashing 5G equipment in several countries, and being caricatured in thousands of memes and jokes throughout the Internet. Still, it is a natural evolution of the radio data transmission technology to address the growing demands for fast and reliable wireless voice and data transfer. It takes advantage of the most recent technologies of the internet world and allows room for integrations with protocols like HTTP and even REST right out-of-the-box for achieving optimization and seamlessness.

To address that, Effortel has started building a new generation OCS system, which is being built around a completely new, freshly patented paradigm and reduces the computational (and therefore energy consumption) footprint of the Rating Engines in the Telecom world with more than 90%. That fact also adds it to the category of the so-called Green (environment-friendly) software.

While data science is not a new thing, we can see organizations are still inventing ways of implementing it in their businesses to achieve new goals, which are increasingly sophisticated. In their business, Effortel is using it to identify patterns of customer/system behavior, and on that basis, predict various events, which need to be avoided, or, on the contrary, facilitated. For example the Business Intelligence department in Effortel experiments with and trains models to successfully achieve customer churn prevention, predictive system scaling, etc. 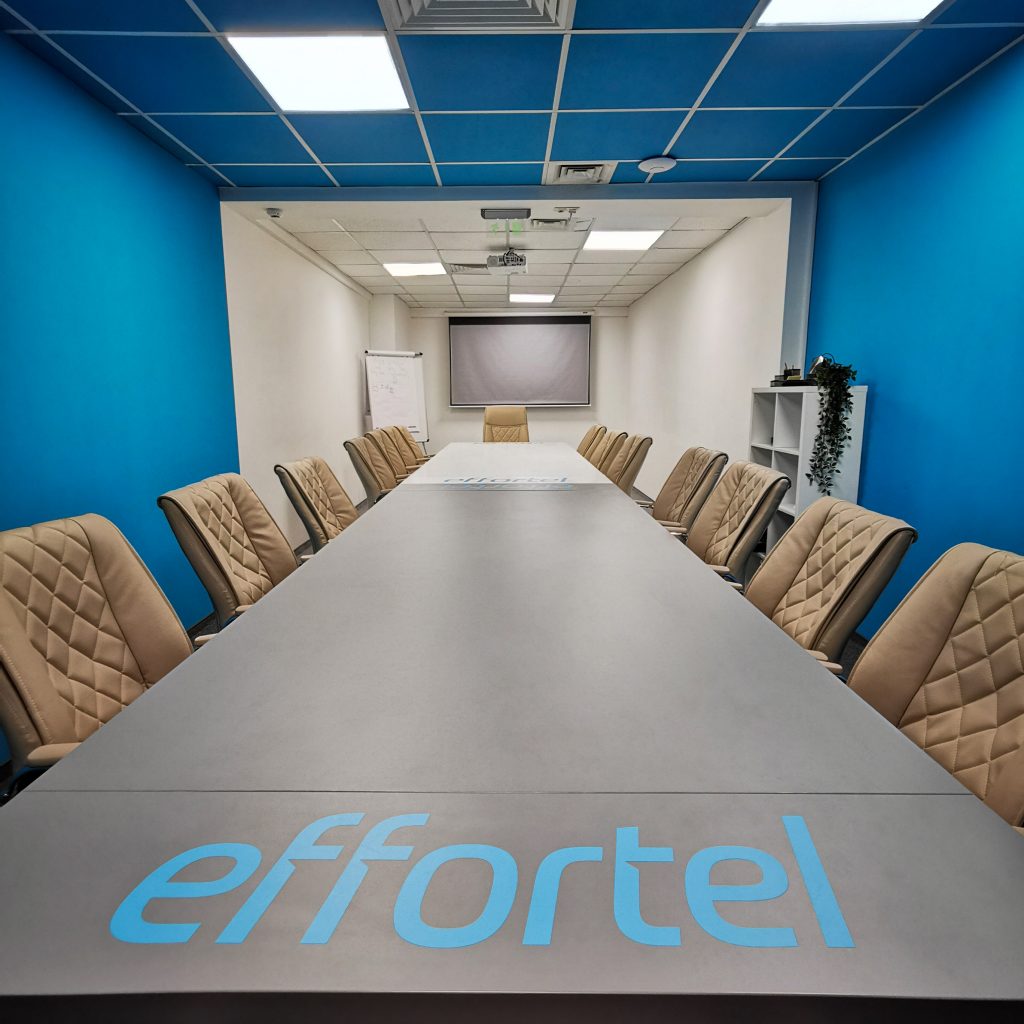 The company took a very unorthodox approach when envisioning and developing the EMS, their flagship product – they thought of it as a living organism. Every component of the system has an ever-expanding set of virtual sensors, which emit events in an ultra-fast clustered event bus, which in turn, acts like its neuro system. This provides a firm foundation to configure native pre-programmed reactions that act like instincts of the system and ensure its adequate function to any of the internal and external events. This renders the EMS a virtual robot of sorts. Next step is connecting it with the aforementioned predictive engine from the previous section, and have it make its own decisions on which reaction to an event is most optimal and take care of its own configuration.

Another manifestation of that theme in Effortel is the development of chat bots that are connected to the EMS system and provide automated help to its human peers. One can simply write a few simple words in the chat to the bot and have it execute a complex command for them.

It’s listed on the internet as an emerging trend, but it’s more of a natural evolution path of a professional since the dawn of personal computers. Effortel is very contented that their developers choose to grow in that direction on their own.

This also is an old paradigm, which recently received a new name to become trendy, and it basically means to provide the components of data capture with the rules and pieces of logic to have the data be (pre)processed at the moment of its emergence. Effortel has put that foundation at the human interaction layer of the system, mainly to optimize the processing by having it executed on the client’s CPU. Later, a broader set of capabilities was identified and taken advantage of.

The biggest challenge in the post-covid time and the Great Resignation is related to human resources, and at the moment, every company is having it. Lately, it is increasingly hard to find good developers, and here Effortel also took an unorthodox path – they started helping Bulgarian universities by providing time to their best professionals to teach the students all the bleeding-edge technologies of today and help them graduate with the most recent battle-tested knowledge under their belts. That way their skills are relevant to the labor market and they can integrate into their or any other technological company faster and easier.

Effortel has never been afraid to innovate and create new frameworks, new paradigms or whatever is needed to achieve their dream goals. What they deliver as software is aimed at solving their clients’ challenges and easing their day-to-day work life, by walking in their shoes as a real end-user of their own software, because Effortel runs their own telecom operations in a number of European countries just like their clients do. It is very important to have the right culture in the company to achieve that. In the last 2 years tremendous efforts have been undertaken to (re)design and (re)build the company from within in accordance with the right target culture.

So now, internally, Effortel is like one big family, in which people trust each other, strive towards mutual growth, and help each other become the best version of themselves possible. Even when there are frictions, which is inevitable, they are all in the name of finding the optimum path for development together, because every employee’s viewpoint matters and deserves to be heard and pondered on. Employees like working and growing together, and take common pride in everyone’s individual achievements.