A report from Karat, а technical interviewing company, found that Pittsburgh has been ranked, for the second year in a row, as the No. 1 city to hire remote software engineers outside of tech hubs like San Francisco, New York, and Seattle (places where Karat is based). 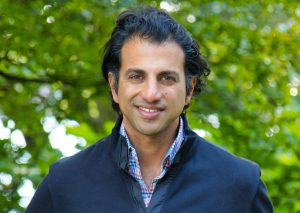 Mo Bhende, CEO and co-founder of Karat. Photo Credits: From Day One

To reach its findings, Karat ranked each metro by how respondents from a given area performed on its technical interviews. Since the founding of the company in 2014, it has conducted more than 150,000 technical interviews for technology companies, including Pittsburgh-based Duolingo Inc., to help organizations narrow down a field of candidates for open positions within the company, some of which can get hundreds of applicants per role.

For Pittsburgh, around 40% of those who took part in Karat’s technical interviews end up with a pass, outranking those who take the same interviews but face-to-face in cities like Washington, D.C., Los Angeles, or Boston. Hence, according to Karat’s data, that 40% of interviewees are more likely to end up moving further along in the hiring selection process and consequently are more likely to get hired for remote work at a tech company. Mo Bhende, founder and CEO of Karat who also happens to be a Pittsburgh native, commented:

“We look at where developers are based, and what that data tells you is that the engineers who live in Pittsburgh perform at the highest levels for what we consider remote cities. That’s really impressive. Honestly, if you are an engineering leader sitting at some Bay Area company and you were trying to figure out where to go hire from, you should probably hire from Pittsburgh.”

Bhende attributes the performance of the city residents in the company’s interviewing process to a few factors. One of them is the success of Carnegie Mellon University’s computer science program, from which Karat has interviewed over 1,000 potential recent graduate candidates. Karat’s data also suggests that CMU graduates perform the best compared to those who attend other U.S. and Canadian computer science programs.

Bhende also noted that Pittsburgh’s growing tech industry could also play into why residents in the region are performing better than those from other cities.

“I would love to continue to see even more success stories out of Pittsburgh itself. I think the Duolingo success story is great, they’re a client of Karat’s, we do their interviews. But beyond Duolingo, I’m waiting for the world where I see 15 Duolingos or 20 Duolingos because I do think that creates a matter of city pride that will attract talent. Clearly there’s talent being attracted at the university level. The challenge and opportunity for Pittsburgh is to retain that talent, so that when they’re in their 30s and 40s that they live in Pittsburgh.”