Google has just released its 3rd Developer Preview for Android 11. According to Google this update includes bug fixes and a set of productivity improvements for developers.

“Today’s release is for developers and not intended for daily or consumer use, so we’re making it available by manual download and flash for Pixel 2, 3, 3a, or 4 devices. If you’re already running a Developer Preview build, you’ll receive an over-the-air (OTA) update to today’s release soon,” said Dave Burke, VP of Engineering in Google in a blog post.

In fact, there are five big changes i 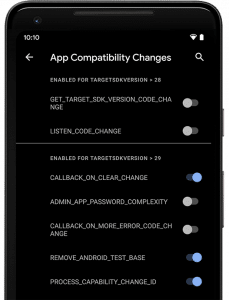 n Android 11 Developer Preview 3 — and one of them might not be that new:

The article in Google Developers’ blog is motivating developers to start compatibility testing as soon as possible on a Pixel 2, 3, 3a, or 4 device, or you can use the Android Emulator.

“Just flash the latest build, install your current production app, and test the user flows. Make sure to review the behavior changes for areas where your app might be affected. There’s no need to change the app’s targetSdkVersion at this time, although we recommend evaluating the work since many changes apply once your app is targeting the new API level,” explained Dave Burke, VP of Engineering.

The final release is expected to be available at the end of Q3.