How good is Elon Musk at programming?

Elon Musk – the man with many talents,  known as a business magnate, engineer, and industrial designer of SpaceX, Tesla, and more.

A lot of people are wondering what are the required professional traits that an individual should possess to achieve such success in the Tech industry. While we were trying to find the answer to this question, another topic from Quora emerged and grabbed our attention:

How good is Elon Musk at programming? 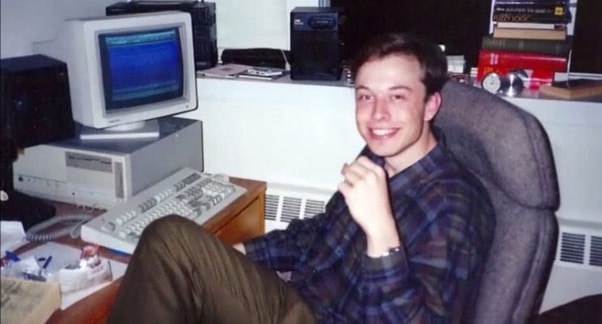 Starting from the very beginning, after finishing a six-month course in three days on how to program in BASIC, he taught himself how to code and created a video game “Blastar” at the age of 10. When he was 12  he ended up selling the game to a PC magazine, which printed the code. This step provided some early hints about his character indeed, but how was he able to teach himself coding even before the World Wide Web existed? Whenever anyone asks him how he learned something, his answer is in three words: “I read books”. However, Elon’s simple answer doesn’t sound convincing to Quora visitors who claim:

“You don’t get that kind of success with SpaceX or Tesla by being like the average coders”.

He has two bachelor’s degrees in Physics and Economics and was accepted to a Ph.D. program in energy physics/ materials science at Stanford University in California. Two days after that he dropped out of the university and decided to join the Internet boom and launch an internet startup.

“I think college is basically for fun and to prove that you can do your chores, but they’re not for learning,” Musk said.

His best friend and college pal Navaid Farooq shared: “When Elon gets into something, he develops just this different level of interest in it than other people. This is what differentiates him from the rest of humanity. He could lose himself for hours on end”.

In 1994, Musk held two internships in Silicon Valley: at an energy storage start-up,  and at the start-up Rocket Science Games in Palo Alto. In 1995 Musk attempted to get a job at Netscape, but after all, he received a response to his job inquiries. He continued to develop his skills in coding and programming and decided to start up a software company with his brother that provides licensed online city guide software to newspapers. The company name was  Zip2 and has been sold for $307 million which made a room for Elon’s next venture. After Zip2 he created an online bank, which was later merged with another company to create the well-known PayPal. He continues to use his knowledge with Tesla and SpaceX.

From all his experience we can firmly say that he can do everything: learn quickly, code, sell his product and generate profit. “Being an entrepreneur is like eating glass and staring into the abyss of death.”

Programming and coding are continuously changing with the years, and no longer is Musk using BASIC to program at his companies. Currently, Tesla is using Python as its main programming language, however recent tweets made people wonder whether they are going to switch to C++. Last year, John Carmack, a computer programmer and engineer, asked Elon Musk on Twitter to explain what are the aspects of C++ that wins over C. Musk simply answered that the reason he likes C is because “it avoids class warfare”. The following question was in relation to Musk’s favorite programming languages, where he answers it is C, however “the syntax could be improved esthetically”. 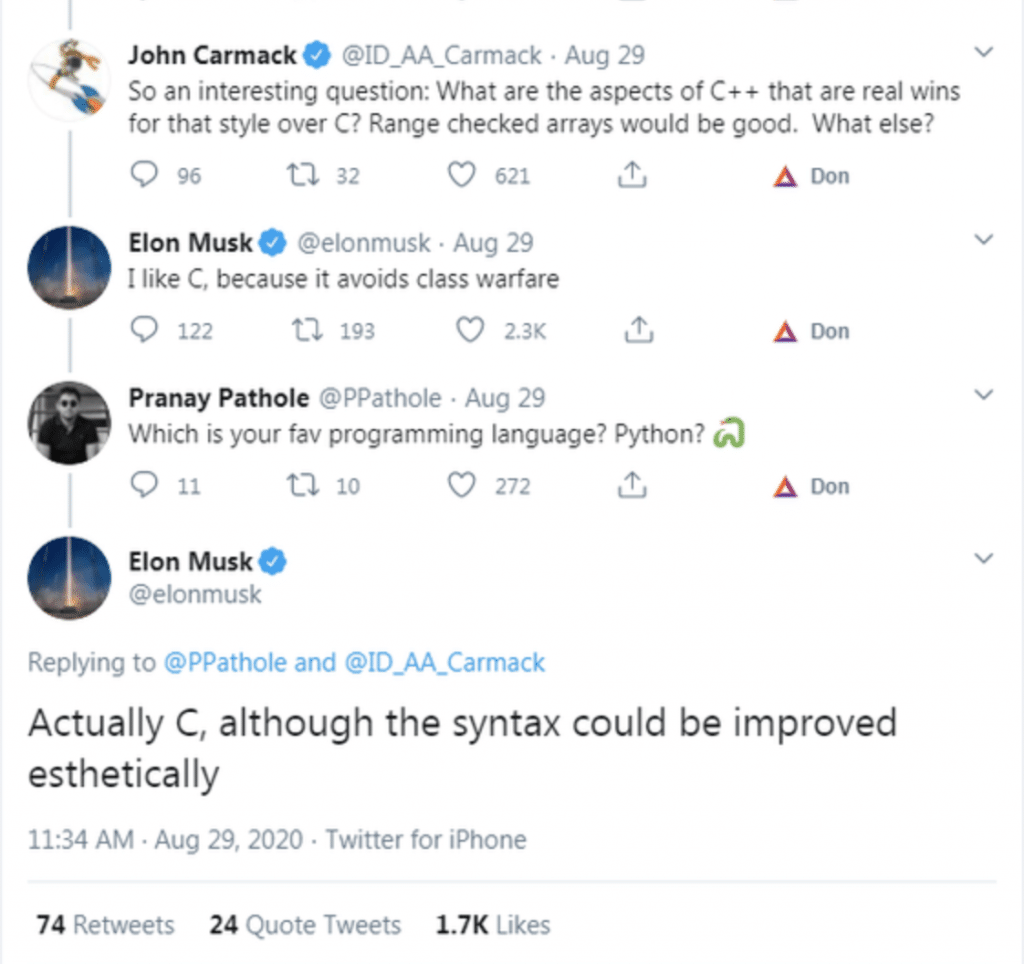 Nowadays, he doesn’t program anymore, but if he had to, Elon Musk could easily go back to work and become a great programmer again. He has the recipe for this with his strong ability to learn new things and remember quickly. Sounds easy, right?

“Some people don’t like change, but you need to embrace change if the alternative is a disaster”.

All it takes is courage and the ability to learn and constantly develop yourself because the only constant in the technology industry is change.

Previous Post “The Imperial March” for a toaster, toothbrush, typewriter and a tech guy
Next Post Technical Lead