AtScale announced that as of March 2021 one of the stars of the company’s Bulgarian office – Petar Staykov, is taking the position of Product Director.

Petar has been part of the company for a little over a year and is a driving force in the BI department. Staykov noted:

“I am jovial to develop my career in Bulgaria and at the same time to work on creating a product with no parallel anywhere in the world.” 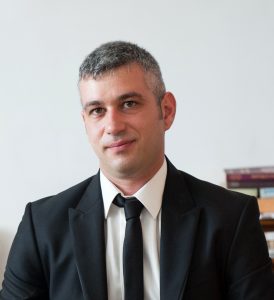 He started his career in the company as a Senior BI Architect. After that Petar became a BI Lead, and since the beginning of March he is combining the leading of the Business Intelligence team with the duties of the Product Director. The new position gives Petar an opportunity with a team of Bulgarian IT experts and American veterans in technologies. Staykov commented:

“I am eager to take this adventure. At AtScale, we prove that the specialists here are in no way inferior to these of the leading technological countries.”

This new position will allow Peter to be a driving force in the development of the company’s product. A coincidence is what involves Staykov in the adventure called AtScale. Some of his friends told him that they are part of a company that has set an ambitious goal – to create a virtual data warehouse. The new Product Director of AtScale also added:

“At first, I thought that this was impossible. This task sounded like a utopia to me. Two days later I had a meeting with AtScale’s Vice President – Momchil Michailov. Seeing the passion in his eyes and also the motivation of my friends I could say the decision-making process was quick. I don’t mean it was easy, because leaving a team I  was developing for so many years seemed unthinkable at that time. A year later, I am convinced I made the right decision.”

“Petar is an exceptionally professional and proves it every day in the last 12 months. I highly value his desire to improve himself and learn new things. Ever since our first meeting, I knew he was the ideal candidate for AtScale. Time proved that this is right.:

Petar graduates with a bachelor’s degree in “Telecommunications technologies” from the Technical University of Sofia. After that, he got a master’s degree in “E-business and e-governance” from Sofia University “St. Kliment Ohridski”. He started his professional development in his student years as a software engineer. Before joining the AtScale team, Petar was part of the international giant Coca-Cola for over 12 years. There he started his career in Business Intelligence (BI). In the last few years, he was leading a team of 40 professionals.

Petar Staykov’s new role is another example of the success of the AtScale Bulgarian dream team. In the last 18 months, the experts working in Sofia are an integral part of every update of the company’s product.

In fact, more than 90% of AtScale’s software engineering is being done in Bulgaria. Just recently, Silicon Valley-based organization announced, a Bulgarian expert will develop the company project to boost machine learning.