The IT industry has one of the fastest growing and constantly changing environments, hence the software development world is also changing and improving but it seems that the top 3 of the most popular programming languages doesn’t change.

C, Java and Python are the most popular, followed by C++ and C# forming the Top 5. Visual Basic, JavaScript, PHP, SQL and Assembly language are in Top 10 too.

Except for language C, all programming languages in the top 8 of TIOBE Index for February 2021 are releasing new versions frequently. For instance C, which releases a language update almost every year. Or JavaScript, which changes so fast that hardly anybody can follow. C++ is changing less frequently (once in 3 years), but its latest release contains the introduction of modules, which will cause a major shift in C++ programming.

“It is interesting to note that positions 9 and 10 in the TIOBE index are not as fixed as the top 8. Languages come and go. The last 12 months, these 2 positions were occupied by SQL, Assembly, R, Groovy, Go, and Swift. I am curious to know which of these languages will become a steady top 10 player.” 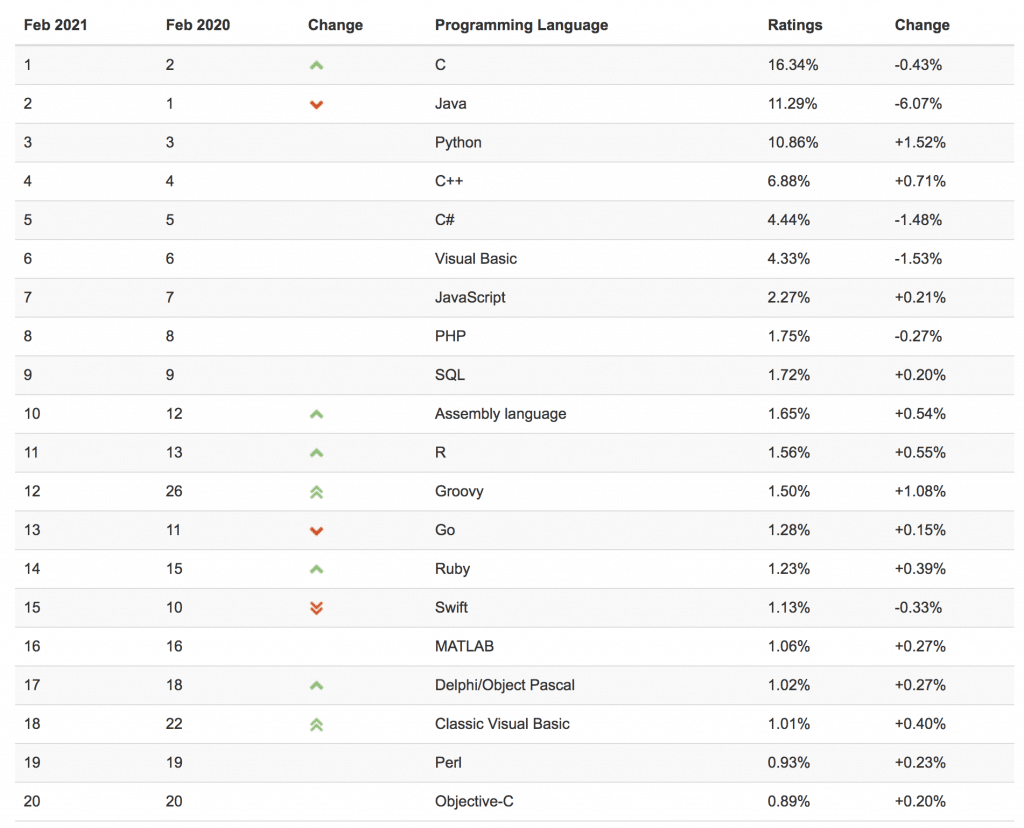 Photo credits: Tiobe
The definition of the TIOBE index can be found here

The TIOBE Programming Community index is an indicator of the popularity of programming languages with ratings based on the number of skilled engineers world-wide, courses and third party vendors. Popular search engines are used to calculate the ratings. The index can be used to check whether your programming skills are still up to date or to make a strategic decision about what programming language should be adopted when starting to build a new software system.