Google is trying to present itself as a cheaper and less restrictive option for independent sellers. It is focused on driving traffic to sellers’ sites, not selling its own version of products, as Amazon does.

In the last year, Google eliminated fees for merchants and allowed sellers to list their wares in its search results for free. It is also trying to make it easier for small, independent shops to upload their inventory of products to appear in search results and buy ads on Google by teaming up with Shopify.

Google has nothing as alluring as the $295 billion that passed through Amazon’s third-party marketplace in 2020. The amount of goods people buy on Google is “very small” said Juozas Kaziukenas, the founder of Marketplace Pulse, a research company.

Amazon is a fixture in the lives of many Americans. It has become equally essential for marketers and private shoppers. Amazon’s global advertising business grew 30% to $17.6 billion in 2020, trailing only Google and Facebook in the United States. However, as the pandemic has forced many stores to go online, it has created a new opening for Google.

Sellers also complain about Amazon’s fees, which can account for a quarter of every sale, not including the cost of advertising, and the pressure to spend more to succeed. Merchants on Amazon do not have a direct relationship with their customers, limiting their ability to generate future business.

Since 2002, when it started a price comparison site called Froogle, Google has struggled to chart a cohesive vision for its shopping experience. It tried to challenge Amazon directly by piloting its own same-day delivery service, but it shuttered the project as costs ballooned. It tried to forge partnerships with traditional retail giants, only to see the alliances wilt from a lack of sales. It built its own marketplace to make it easier for shoppers to buy the things they find on Google but was not able to break consumers from their Amazon habit.

Last year, Google brought in Bill Ready, a former chief operating officer at PayPal, to fill a new senior position and spearhead an overhaul of its shopping strategy. When the pandemic spurred huge demand for online shopping, Google eliminated fees, allowing retailers to list products for free and walking back a 2012 decision to allow only advertisers to display goods on its shopping site.

Three months after hiring Mr Ready, Google said the free listings would show up on its main search results. Google said customers could buy products directly from merchants on Google with no commissions. It also said Google would open its platform to third parties like Shopify and PayPal so that sellers could continue to use their existing tools to manage inventory and orders and to process payments. 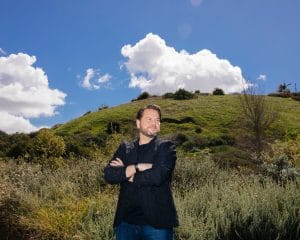 The partnership with Shopify was very meaningful because hundreds of thousands of small businesses have flocked to the software platform during the pandemic.

Harley Finkelstein, Shopify’s president, said Google and Shopify were developing new ways for merchants to sell through Google services, such as experiments to allow customers to buy items directly on YouTube and to display what products stores are carrying in Google Maps.

Mr Ready walked a fine line when it came to Amazon, which is a big buyer of ads on Google, but he made it clear he believed Amazon’s dominance in e-commerce posed a threat to other merchants.

Google said it had increased the number of sellers appearing in its results by 80% in 2020. What remains unclear is whether increasing the number of merchants and listings on Google will ultimately change online shopping habits.

Previous Post Scientists posted the mRNA sequence of Moderna vaccine, on GitHub
Next Post “Incompetent developers” blamed for breach in a vaccine-booking systems