Here are the best HP laptops to buy in May 2021: Spectre, Envy, Chromebook, and more

HP is a reliable name in the computing world and it has had its fair share of the market. It’s one of the leading PC manufacturers, with a large portfolio of laptops and desktops catering to 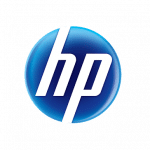 all kinds of users, be it enterprise, students, gamers, creative professionals, and many more. If you are in the market looking for a new laptop, specifically from HP, then you’ve come to the right place. Here are some of the best HP laptops to buy in 2021 featuring the latest hardware to offer you the best of performance and productivity. 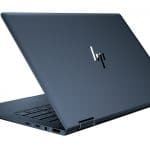 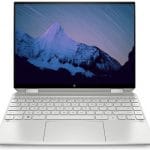 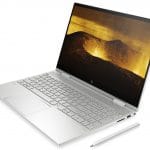 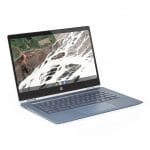 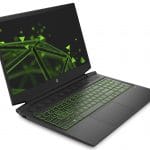 The new and refreshed HP Elite Dragonfly G2 is one of the most premium offerings from the company. Announced back in January earlier this year, the 2-in-1 laptop is primarily targeted at business users and comes with the latest Intel 11th-gen Tiger lake processor options with up to 32GB of RAM. The 13.3-inch IPS display is offered in different screen options, including a full HD low-power version, a full HD version with HP’s Sure View privacy feature, and a UHD option that supports HDR400 with 1,000-nits of brightness.It is also one of the only laptops that currently offers the option of a 5G modem.

Rated as the best 2-in-1 laptop in our list of the best laptops of 2021, the new HP Spectre x360 14 is as good as it gets. An update from last year’s Spectre x360 13, the new model offers a slightly taller 3:2 13.5-inch display that is available in a standard full-HD resolution with 400-nits of brightness. You can also opt for a 3K2K (3000 x 2000-pixels) OLED panel or even a 1,000-nit option that comes with a special anti-reflective technology for better privacy.

The Envy series is also a great option if you don’t want to stretch your budget. HP offers the Envy x360 15 with the latest Intel 11th-gen processors and only recently announced a refresh where you can also get the laptop powered by the new AMD Ryzen 5000U series of processors meant for thin and light notebooks.

If Windows is not your thing, then HP has some Chromebook options too. The HP Chromebook x360 is one of the best Chromebooks available from the company that features up to a 10th-gen Intel Core i7 processor but as of now, it is available with the Core i3-10110U that is paired with 8GB of RAM, and 64GB of flash memory that can be expanded using a microSD card. The 14-inch touchscreen panel on the laptop comes with a full-HD resolution, and since it has a 2-in-1 design, the screen can be folded all the way to be used in various modes. Additionally, HP offers a fingerprint scanner for added security, while connectivity options include Wi-Fi 6, Bluetooth 5.0, two USB 3.1 Type-C ports, a USB 3.0 Type-A port, and a standard 3.5mm audio jack.

HP also offers the Pavilion Gaming series of laptops which are more affordable and feature performance hardware for entry-level and esports gaming enthusiasts. The particular model that we recommend is the Pavilion Gaming 16 powered by the 10th-gen Intel Core i5-10300H paired with the NVIDIA GeForce GTX 1660Ti graphics card with 6GB GDDR6 VRAM. The laptop also features 8GB of RAM and 512GB of SSD storage with 32GB Intel Optane memory and a 144Hz refresh rate, 16.1-inch full-HD (1920 x 1080-pixels) resolution display. Other notable features include a green backlit keyboard and a good array of port selection.