Are everyday Robots leaving the lab?

We live in a world where technology is developing really fast. Our everyday life became a spectrum of smart gadgets which help us to work more efficiently and be more productive. We don’t have to worry about going to places where we have never been before because we don’t know how to get there – this is what the GPS navigation is used for.

There’s no use in being upset when our phone battery dies – there is a gadget which can recharge our device wherever we are.  You see, our life is digitized and the only thing we can do is take all the advantages that it offers. 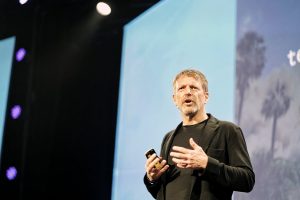 As we said, technology is developing really fast but if we have to be concrete – we will talk about robots.

Hans Peter Brøndmo, who is a Chief Robot Officer, revealed that in the past few years he and his team worked really hard to see if it is possible to teach robots to perform useful tasks in the messy, unstructured spaces of our everyday lives. He admits that they imagine a world where robots are doing the same things we do in our everyday life like sorting the trash, wiping tables in the cafes and so on. Brøndmo says in a blog post:

“We believe that robots have the potential to have a profoundly positive impact on society and can play a role in enabling us to live healthier and more sustainable lives.”

“Today, I’m pleased to share that we have early signs that this is possible. We are now operating a fleet of more than 100 robot prototypes that are autonomously performing a range of useful tasks around our offices. The same robot that sorts trash can now be equipped with a squeegee to wipe tables and use the same gripper that grasps cups can learn to open doors.”

Hans Peter Brøndmo shares that over the past few years he and his team were focused on building an integrated hardware and software system that is designed for learning – including transferring learning from the virtual world to the real world. He also revealed that their robots are equipped with a mix of different cameras and sensors which help them to take in the world around them.

Hans Peter Brøndmo admitted that it took the equivalent of four months for a robot to learn how to grasp small objects such as keys or toys for example. And it had a 75% success rate even though they didn’t use simulation.

“Today, a single robot learns how to perform a complex task such as opening doors with a 90% success rate with less than a day of real-world learning.”

Well, according to Brøndmo’s blog post, over the upcoming months, Googlers who work in Mountain View will be given the chance to catch glimpses of his team’s prototypes, wiping tables after lunch in the cafes, or opening meeting room doors to check if the room needs to be tidied. He hopes that robots which he and his team create, will be useful in our physical lives as computers have been in our digital lives. He believes that robots have the potential to be tools, helping us to find solutions for every challenge we face – from finding new ways to live more sustainably, to caring for loved ones.