Taelur Alexis – From Waitress to Front-End Developer in 8 months

2 years ago, Taelur Alexis quit her job as a waitress in the fast food chain and begins her #100daysofcode adventure. Today, she is a Front-End Developer and helps all enthusiasts who want to get started in the IT sector. Taelur told us what the difficulties were along the way and shares her feedback about Microsoft Build ’19.

In a recent tweet you share with us that you were once a fast food server and now a Front-End-Developer. What is your story of success?

I came across Codecademy by pure chance when in February 2017 and learned the basics of Python before quitting because I didn’t know what I was doing to be honest.

I wasn’t exposed to computer science at any point of my life, mainly because we all assumed my academic strengths were just in English and history.

After my brief dalliance with Python, I continued working in retail but I felt like I was destined for a different life. I viewed retail and fast food as a stepping stone while I was trying to figure out what I truly wanted to do. 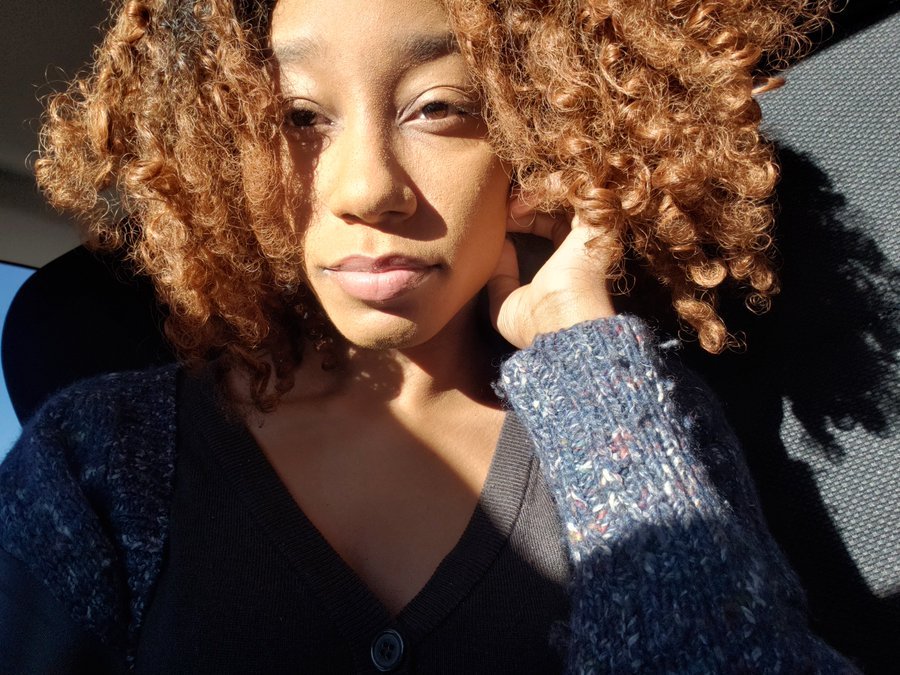 I went back to learning how to code in the fall of 2017 using Colt Steele’s Web Developer Bootcamp (not an actual bootcamp), a Udemy course. I started building projects, tweeted my journey using the #100daysofcode where I shared my failures and successes while learning things such as php and Javascript.

I utilized countless resources from YouTube (subscribe to Traversy Media, Kevin Powell and Coding Phase for motivation and project tutorials!!), Egghead, Medium, FreeCodeCamp, etc . Over time, you learn to bookmark MDN (Mozilla Developer Network) and CSS Tricks as reference points. I attracted the attention of a few employers who liked my work and hustle. July 18, 2018 was the day I got my first legitimate offer as a web developer and relocated to Seattle, WA from Orlando, FL. It was an amazing moment for me. In my first role we used Angular and PHP. Now I’m settled into my 2nd position as a contract frontend engineer where we work with Vue, React and Laravel.

Today I hope this serves as motivation to those #codenewbies/ #100DaysOfCode devotees that it can happen.

Pic on the left was January 29th, 1st day as a fast food server. $8/hr. Every day I walked home & coded for hours.

Pic on the right is me as a dev, first day was July 29th pic.twitter.com/BcuYaYydUK

What are your favorite coding languages, tools, platforms etc?

I love writing code in JavaScript. My framework of choice is React! Favorite text editor is VS Code, I love how they have Git built in so I can make commits, pull branches, and push code up to GitHub seamlessly all in the editor.

You were at #MSBuild. What are your thoughts and what did you learn? What your favorite session? 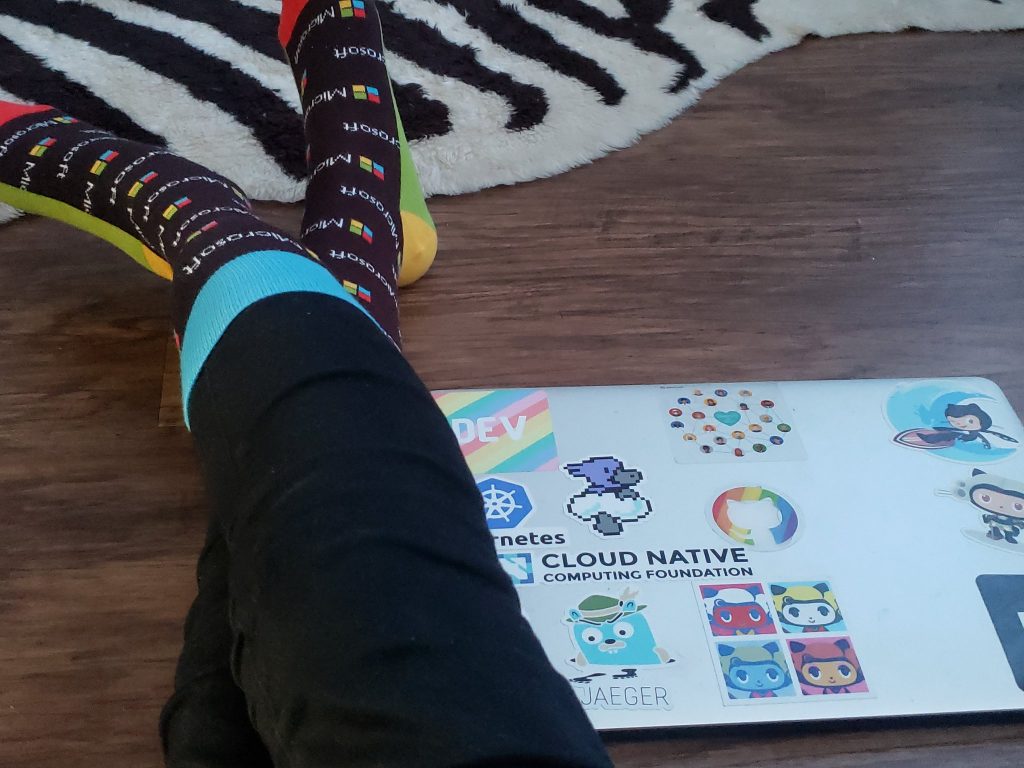 Microsoft Build was truly an experience! I was there as a Dev MC which is sort of like a brand ambassador where I attend session and create videos recapping what I learned! I also interviewed the team at Microsoft Edge about user experience. Overall I learned more about the changes they’ve made to the Edge browser, their commitment to accessibility and user feedback, their acquisition of GitHub and overall all of the latest innovations happening there. My favourite season was on Cortana and the Bot framework, basically you’re able to have a casual chat with Cortana and the bot will create, update and cancel events on the fly and answer any questions you have. It was truly amazing.

Microsoft Build 2019 was truly an experience. The amazing connections I made, topics I learned, & even @ArlanWasHere following me on here 😩 was surreal. I’m thankful to @J_Mignano & the rest of the dope team for giving me the opportunity to invade this space! pic.twitter.com/M1QjaDF2YN

How do you motivate people to start coding with CodeEveryday? What inspired you to start this project?

I’m always willing to recommend coding resources that I’ve personally tried and found effective! I’m transparent about the journey I’ve had learning how to code and securing jobs in tech. And because of that, people ask for mentorship, guidance, official list of resources and advice about interviews and jobs. So I decided why not create a platform that’s sort of like a companion to use when you’re deciding what career path you want to pursue in tech and how to interview and prepare to enter the job market? I really want to help empower those coming from non-traditional and underrepresented backgrounds, in a quest to make tech more inclusive.

What do you do in egghead? 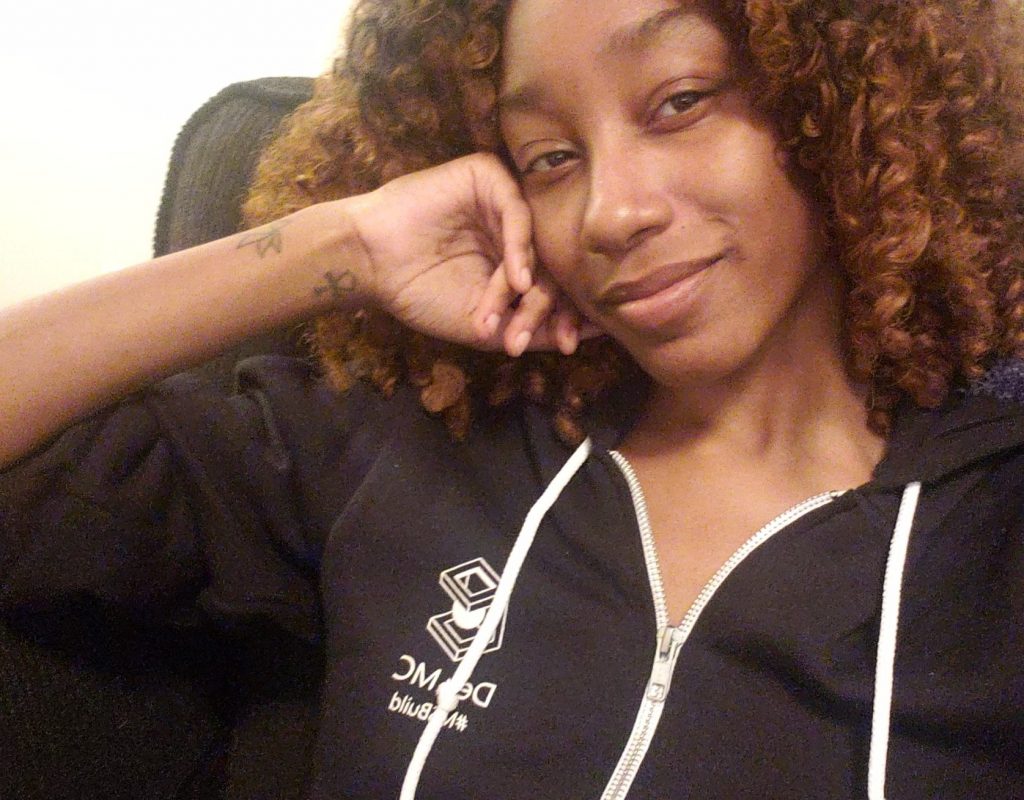 When that tweet about transitioning from fast food to engineering went viral, Joel (the founder of Egghead) asked me if I’d like to collaborate and be an instructor. I’m working on what to put out right now so stay tuned! But basically I’d create coding-related tutorials!

What are your thoughts on girls in the software industry. In your opinion, is there an equality problem in the IT companies?

Inequality as far as treatment of women in tech or the number of women in it? The answer is yes! There are many women who’ve made countless accomplishments but they’re subjected to harassment and unfair treatment due to their gender. The solution is to amplify marginalized voices, support and empower each other and help create opportunities and share our resources and network so everyone has a fair chance.

What is the most inspiring tech person that you’ve met so far?

The most inspiring tech person that I’ve met so far is Stephanie Hurlburt. She’s become a really good friend and she’s always given really great advice on everything, especially how to navigate tech and the issues that arise.   There’s so many others too that have helped me both directly and indirectly.

What other projects are you currently working on (or have intentions to work on in the future)? What technologies are you using in the development process?

I’ve released my first course! Partnering with Jyrone Parker, we’ve come out with an online workshop called, “React + Laravel Masterclass” where you build a Cash app Clone. It’s a progressive web app and you’d be able to connect your stripe account to send and receive payments. So now that that’s been released,

I’m mainly working on the first release for CodeEveryday. At the moment we’ll use React, Node and Apollo-GraphQL because that’s the tech stack I’m most familiar with, . I’m making it a progressive web app so you can view the webpages offline or if you’re experiencing network connectivity issues. My concern is also accessibility, making sure the user experience is the main priority from the beginning and not an afterthought. I’m also working on conference talks I have for the summer where I’ll be educating people on how to make their React and React Native apps more accessible! I’ll be at conferences like RefactrTech in ATL, Chain React in Portland and React Loop in Chicago. I also have a weekend vlog series called, #CodeEveryday where I recap everyday life as a software engineer and start up founder. My YouTube channel is youtube.com/user/taeluralexis.