The company’s new hardware is expensive and focused on business customers.

It is believed that HTC will announce two new enterprise-focused VR headsets at its Vivecon event next week. The company will unveil a new standalone device, the Vive Focus 3 Business Edition, and Vive Pro 2, a high-end PC VR headset. Both devices are expected to be available before the end of May. 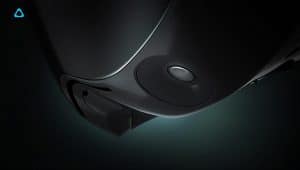 HTC has been teasing new hardware ahead of Vivecon, which will be held virtually on May 11-12. Photos shared on social media show a black device with outward-facing tracking cameras. HTC tweeted some of these photos with the caption, “Ready to work in virtual reality?” which further suggests enterprise-focused hardware.

The company has not shared any additional details about its new products yet.

However, there are sayings that both the Focus 3 and the Pro 2 will be officially presented. Both headsets were also briefly listed by the European e-commerce website Alzashop. Listings for the products have since been removed, but Google-cached versions state that the devices will be available by May 20.

HTC executives have long said that they planned to release a new standalone headset this year. There is speculation that this could be a competitor to Facebook’s Oculus Quest gained steam when the company recently won a design award for a device called the Vive Air. However, HTC PR was quick to point out that this was merely a concept device, telling that “the design language has elements and inspirations you’ll see elsewhere in our products.”

The company has been focused on business and enterprise applications for VR for some time, and in turn, deemphasized its consumer VR gaming business.

A preliminary agenda for next week’s Vivecon event features multiple speakers on topics including remote work, health care and design, but the only subject related to gaming is location-based entertainment. Giving the current situation with live events this is very much expected to be a purely virtual show, probably in a similar vein to the 2020 Vive Ecosystem Conference (HTC 2020 VEC) which was held entirely in VR Education’s ENGAGE platform.