“This FDA clearance further validates our commitment to innovation and the diabetes community by providing one of the most requested feature enhancements. With the improvements in diabetes management provided by Tandem’s Control-IQ technology, giving a meal bolus is now the most common reason a person interacts with their pump, and the ability to do so using a smartphone app offers a convenient and discrete solution.” 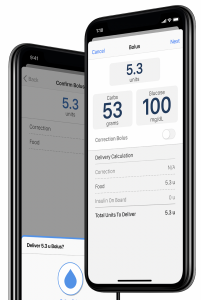 The Company plans to roll out the mobile feature update throughout the spring in a series of limited launch groups, followed by an expanded launch later during the summer. Limited launch participants have already been selected.

The t:connect mobile app is a mobile application that, when paired with a t:slim X2 insulin pump, discreetly displays the user’s pump information on their phone. What is more, the mobile app displays the last 24 hours of glucose trends, pump status changes, and insulin therapy data, including basal and bolus deliveries and suspensions of insulin delivery.

It is important to know that the t:slim X2 insulin pump works independently from the t:connect mobile app, hence, a user retains the freedom to view pump therapy data, program requests and cancel bolus insulin requests from their pump.

The t:connect mobile app is compatible with select versions of both iOS and Android operating systems in the United States. For better compatibility, Tandem verifies each combination of device and operating system works as intended to program and cancel a bolus from your smartphone.