The purpose of programming is to find a sequence of instructions that will automate the performance of a task on a computer, often for solving a given problem. Studying programming languages will help you be better at your job, make more money, and be a happier, more fulfilled, and more informed citizen. In this technology-driven world, companies are trying hard to find skilled language programmers.

For the job seekers in this industry, it is useful to have a picture of which programming language is the most demanding on the market and which one can get the highest pay. Therefore, we want to bring you a list of the top 10 highest-paying programming languages for better fortune and the future.

CoffeeScript is a programming language that compiles JavaScript. It adds syntactic sugar inspired by Ruby, Python, and Haskell to enhance JavaScript’s brevity and readability. Most of CoffeeScript’s improvements make your code more readable, and more readable code is easier and cheaper to maintain code.

R is a programming language for statistical computing and graphics that you can clean, analyze, and graph your data. It is widely used by researchers from diverse disciplines to estimate and display results and by teachers of statistics and research methods.

TypeScript is a superset of the JavaScript language that has a single open-source compiler and is developed mainly by a single vendor: Microsoft. The goal of TypeScript is to help catch mistakes early through a type system and make JavaScript development more efficient.

SQL is a domain-specific language used in programming and designed for managing data held in a relational database management system (RDBMS) or for stream processing in a relational data stream management system (RDSMS). SQL is an easy language to learn. If you understand programming and already know some other languages, you can learn SQL in a few weeks. If you’re a beginner and completely new to programming, it can take longer.

Java is used to create complete applications that may run on a single computer. You can build a small application module or applet (designed, small application) for use as part of a Web page. Java is easy to learn and can be understood with little effort, as it has a syntax similar to English.

Programmers use Python to develop websites and software, task automation, data analysis, and data visualization. Non-programmers such as accountants and scientists use Python for a variety of everyday tasks, like organizing finances. Python is widely considered one of the easiest programming languages for a beginner to learn, but it is also difficult to master. Anyone can learn Python if they work hard enough at it, but becoming a Python developer will require a lot of practice and patience.

C++ is a powerful general-purpose programming language. It can be used to develop operating systems, browsers, games, and so on. C++ supports different ways of programming like procedural, object-oriented, functional, and so on.

MacOS 12 Monterey Release Date, Features and Everything you need to know

3 ways to use Data, Analytics, and Machine Learning in test Automation 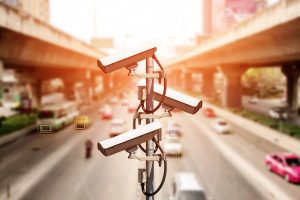